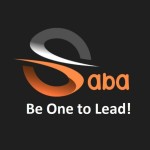 Since the gas grills appeared with a special feature of searing burners, they have been on fire. Many folks, like you, want to know how exactly the searing burner can be helpful for them.

The answer is here in this article. Not only this, but we’ll also be helping you find the answers to your common questions about using the searing burner.

When it is about how to use a searing burner on a gas grill, by learning searing steak, you can look forward to searing your other BBQ items, including chicken and seafood as well. So, here we begin with our ultimate guide to using a sear burner for making excellent steaks.

Step #1: Get the Ingredients and Tools.

Since using the sear burner is all about using it practically for a recipe: ideally, a steak. So, you’ll need to arrange all the ingredients and tools first.

Step #2: Get the Steak and Bring it to Room Temperature.

The raw steak will directly come out of your refrigerator, right? So, what to do first?

Bring it to room temperature. It’s crucial because a cold steak will take more time to cook, and it’ll also lower the temperature of your grill so that you’ll fail to get a great steak. So, keep the steak at room temperature for 2-3 hours, let it gain the natural temperature, tolerable by the human body — 20-22 degrees centigrade as a rule of thumb.

Step #3: Pat Dry the Steak and Season it.

The frozen meat is sure to release water at room temperature when the ice is melting in it. So, the time is to pat dry it with the paper towel until all the water has gone. What if you don’t?

First, seasoning with salt will cause an annoying dripping to get more water out of the steak.

Second, it will require more temperature to reach the boiling point without drying the steaks until it fully evaporates and let the meat begin searing/cooking.

Third, the dripping on the grill can damage the grill’s exterior.

So, make sure your meat is fully melted and then completely dried.

Seasoning the steak is straightforward. Just get your favorite seasoning and salt. Pour a generous amount of salt and seasoning on the meat and rub it.

Step #4: Oil the Grate over Sear Burner and do Pre heating it.

Before placing the steak on the grill, you’ll need to season it. The best option can be using a seasoning oil. But if you don’t have any, you can also use any other cooking oil instead. It’ll ultimately help your grill with non-stickiness.

Now, you can turn on the grill for preheating—Preheat the grill for 15 minutes. If you’re new to use a gas grill, you can learn how to start a grill here.

During the preheating, keep the lid closed and maintain the temperature at 300-400 Fahrenheit. Use the thermometer to check the temperature inside the grill. I’ll advise you to consult the manufacturer guide in this regard.

Step #5: Place the Steak Over the Searing Burner.

Finally, you can place the steak over the searing station. As soon as you put the steak on the sear burner, a nice sizzling sound of “ssssssssss” will assure you that your burner is at the right temperature.

Of course, it’ll also excite you. At this point, Use a thermometer to ensure that the temperature hovers around 300°F – 400°F. It’ll follow with flipping the steak as well to get the grill marks in squares.

So, for a 2-4 inches thick steak, sear it for 2-3 minutes. Place the steak vertically(45 degrees) angle for 1 minute and then rotate it horizontally (90-degree angle) to form those brown squares on its surface and wait for one more minute.

Now you can flip the steak to sear the other side as well. And repeat the same process. You’ve done with using the sear burner on your grill. Remember, do not close the lid during searing.

Note: To place more than steaks on the smearing station. But maintain a distance of 5cm between them.

You can be happy that you have done searing the meat. But, the rest of the cooking is still there. So, cook the steaks through indirect heating as usual as cooking the meat on a gas grill.

Once this searing is complete, move your meat off the infrared part to the regular of the grill to finish cooking.  Make sure not to overcook it if you want to get a perfect steak. You can use a meat thermometer to confirm the desired temperature. After searing your steak, cook it to an internal temperature of 130° F for rare, 140° F for medium-rare, or 150° F for medium. The temperature will also depend on the thickness of your steak.

The internal temperature will rise another 5° or so after you remove the steak from the grill. The final step is just done.

Remember these tips that will help you with getting your desired taste and texture.

Want to check the perfection of your meat cooking? Squeeze it and see how it behaves. But how to do it? Either you can use a meat thermometer, which can release juices by poking a hole, or you can do a finger test to assess the meat’s doneness.

Now you cover the steak in aluminum foil for 5 minutes to help it retain its aroma. After 5 minutes, you can cut and serve it. The Sear station is almost three burners closer to each other than the other grillers, under a ceramic plate. It creates a hotter zone a lot faster than other zones do. It is great at speeds – getting the grates hot enough for seaming.

The sooner you start experimenting with Sear Station, the more you can make an incredibly delicious dish to delight your guests at the next barbecue. Others like to try the reverse sear method in which the food is cooked to almost the end before it is done to a sear station for processing.

What is a searing side burner used for?

On several premium grills, sear burners are included. They use an abundance of small flames to heat ceramic plates to very high temperatures for powerful cooking. The emulsion’s super-heated ceramic emits infra-red light. It rapidly sears and browns the food.

Should I sear a steak before grilling?

When meat is seared, the outer hard layer doesn’t stop the release of juices. And that doesn’t mean abandoning the searing entirely. So, you can always sear a steak whenever you need that typical aroma.

Should I Cook the Steak after Searing?

Yes, you should because the searing will merely add a flavor and color to your steak, especially when it’s thick. To get the desired doneness, you should always cook it depending on the doneness level you need.

How long does it take to reverse sear a steak?

Each side of the steak will take 2 minutes to sear, including the 45 and 90-degree rotations.

Is a sear burner worth it?

Getting the restaurant-style caramelized flavor by burning the protein of your meat can be challenging. The searing station helps you here before cooking the meat on the main gas grill by offering a fantastic and matchless sear for your BBQ.

To put it simply, searing stations are superb to sear your food with much efficiency. You can attain your wanted crust and flavor by following our guide on how to use a searing burner on a gas grill.

Saba Akbar is a freelance content writer with a deep interest in cooking and using kitchen gadgets. It's why she infuses her cooking expertise and research in the articles to satisfy her audiences' search intent. She also uses advanced SEO skills to help maximum audiences seeking the best advice across the internet.

How to Use Wood Pellets on a Gas Grill│Ultimate Guide

How to Start a Gas Grill︱Every Beginner’s Ultimate Guide